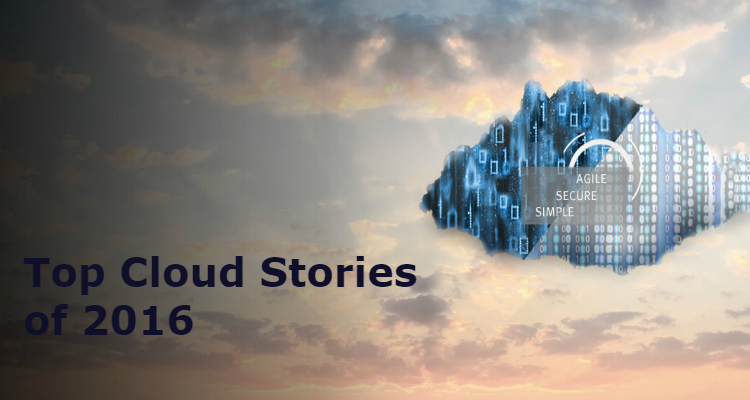 Cloud market in 2016 was full of highs and lows, but that didn't either stop the cloud technology from expanding its boundaries. Not only for cloud, the previous year was full of surprising news stories and one of the biggest was Microsoft Windows on Linux foundation. Cloud industry was quite busy as well in 2016. Here we have listed some of the top cloud industry stories that made headlines in 2016.

Google has been investing in billions in its data centers and hiring a great deal of staff to take its platform to another level and outdo its biggest rival AWS. It was all set to get the crowd excited about their cloud services but amidst the strategy something went wrong and led to serious business damage. The Google Compute Engine cloud services experienced outage for 18 minutes in all regions because of network failure. It was surprising how the outage went unnoticed because of Google's lower business market share. But it made a good comeback by offering an apology to its customers and to credit its customers with 10% to 25% of their monthly bill, which is higher than the refund it assures in its agreement. To avoid such disasters in future, Google added new safeguard features and took necessary measures for it.

Sadly, the Safe Harbor agreement was deemed invalid in 2015, which made big rounds in the industry and one of the top cloud technology news in the year. But it didn't end there as the agreement was replaced with Privacy Shield, a framework for exchanging data between the European Union and the United States. The new agreement between EU and US assures to deliver more accuracy for cloud service provider and customer but challenges will still remain same.

The idea of multi-cloud gains pace

While organizations have become highly easy with the concept of using public cloud, the idea that organizations may want to commence the services from multiple service provider has gained momentum. Organizations are gaining better knowledge about their cloud services, thus they are able to make better cloud-based decision for their business. Instead of choosing a single supplier, they are considering about running data and applications in different cloud environment to prevent supplier lock-in and increase business agility.

Opensource technology earned significance in 2016. There was a considerable amount of increase in organizations building cloud instances on Openstack platforms. Many market giants were collaborating to accelerate Openstack adoption and the foundation has the amount of organizations looking to run production workload on the framework. In context to this, an analyst firm shared information on how Openstack is promoting business growth with minor deployments that is growing massive, multi-core ecosystem, benefiting the bottom line.

UK-based cloud users had to pay thousands of pounds more in 2016 for the same amount of resources due to the fallout of the nation's Brexit vote. This turned out as a severe impact because of the inclination of US cloud providers to bill users in dollars for using their services. Moreover, this resulted in drop of pound value and the currency fluctuations have made customers pay more than what they used to.