Southbound vs. Northbound SDN: What are the differences? | Webwerks Skip to main content

Southbound vs. Northbound SDN: What are the differences? 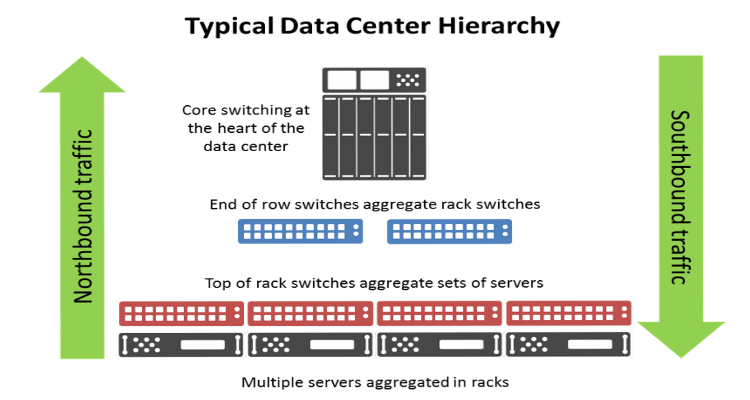 A tech-savvy would easily understand what SDN is, its varied branches, core value and lot more, but a not-so-tech person will lie amidst a pool of confusion, trying to interpret the definition of the term. A quick gist: Software-defined Networking (SDN) within an enterprise data center is a vast computer technology that aims at making network infrastructure highly flexible and agile that lets IT administrators to quickly to the changing business landscape.

Southbound and Northbound are a part of the SDN with distinct responsibilities. Let's discover the differences between the two terminologies.

In SDN, southbound interfaces is the OpenFlow protocol specification that enables communication between controllers and switches and other network nodes, which is with the lower-level components. This further lets the router to identify network topology, determine network flows and implement request sent to it via northbound interfaces.

Southbound APIs allows the end-user to gain better control over the network and promotes the efficiency level of the SDN controller to evolve based on real-time demands and needs. In addition, the interface is an industry standard that justifies the ideal approach the SDN controller should communicate with the forwarding plane to modify the networks that would let it progressively move along with the advancing enterprise needs. To compose a more responsive network layer to real-time traffic demands, the administrators can add or remove entries to the internal flow-table of network switches and routers.

Some of the popular southbound APIs are OpenFlow, Cisco, and OpFlex and other switch and router vendors that support OpenFlow include IBM, Dell, Juniper, Arista and more.

Experts say that it would be rather difficult to enhance the network infrastructure, as without a northbound interface the network applications will have to come directly from equipment vendors, which can make it harder to evolve. In addition, the northbound API makes it easier for network operators to innovate or customize the network controls and processing this task doesn't require help from expertise, as the API can be cleaned by a programmer who excels in programming languages like Java, Python, or Ruby.

Northbound APIs are used in different verticals that include non-profit sectors, educational institutes, IT companies and many more.

Both have their own roles to perform. The functions of northbound API within an enterprise data center is to develop management solutions for automation and orchestration and exchange of actionable data between systems, whereas southbound works to deliver network virtualization protocols, interact with the switch fabric or integrate distributed computing network.

If you have a question about web hosting, just contact us