Olympics 2016 and Cloud Computing – What has changed? | Webwerks Skip to main content

Olympics 2016 and Cloud Computing – What has changed? 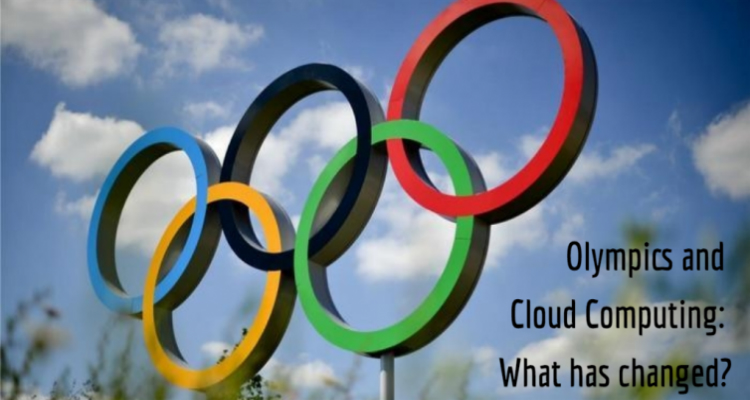 Cloud technology played the main role in Rio Olympics 2016, assisting officials to respond to its spectators on a real-time basis. Billions were watching the event that too without any hitch. No interruption, no delay in news delivery.

If we go back in time, perhaps a decade back, we had to wait for things to broadcast on a news channel or on the radio to know what had happened at the event. Who won, who lost, all remained mysterious unless the information was revealed through a communication channel. In addition, it was also challenging for the officials to smoothly distribute data across due to poor technological support.

However with time, technology took new turns and things seemed better and now we have cloud computing that has altered the Olympics scenario and helped the officials remarkably. The Rio Olympics 2016 showed impressive digital engagement, all thanks to Atos, the official worldwide IT partner of the Olympic Games. It has been offering its IT solutions to the Olympic Games since 1992 and this year it outpaced the IT capabilities by sending out more than 100 million number of messages globally (up from 58.8 million at London Olympics, 2012) through cloud technology.

Although IT solutions were implemented previously in the Beijing and London Olympics, the 2016 Rio Olympics exhibited comparatively more engagement. It not only helped the officials in providing information globally but also improved viewers' experience as it was able to provide information in less than half a second. We no longer had to wait.

What's more is that this year, few incredible innovations made their debut at the Rio 2016. For instance, in swimming, underwater lap counters were installed that helped swimmers keep a track of their lap count without the need to memorizing it. Previously, swimmers themselves had to count the number of laps, however, the digital lap counter device from Omega did the job this year. The device was installed at the bottom of each lane and when the swimmers hit the touch pad on the wall on completion of each lap, the device automatically updated the numbers. This enabled the athletes to focus more on their activity that further reduced confusion. It was same with other games such as Archery, Volley Ball and Beach Ball, Shooting, Weightlifting and Canoe sprint and rowing.

Golf and Rugby were the new addition to the Rio Olympics 2016 and interestingly, Golf alone generated a great amount of data altogether than other sports in the event. This raised the demand for more specific equipment to maintain accurate data and cloud addressed this requirement, effectively.

Since the 2012 Olympic Games, the technological evolution persisted and that's what enabled convenient and faster flow of information. For the first time in history, cloud was used in the Olympics for the competitions that counts in the management of workforce, accreditation process, volunteer recruitment, medical records of athletes, all were managed in a private cloud environment.

Most importantly, it helped keep an account of the people that attended the event, which includes before, during and after the event. In this phase, a large amount of data is produced and all of this is maintained on the cloud. Moreover, the organizers also assemble and evaluate the feedback from the audience so that they can make the improvements wherever needed.

Moving to the core of the technology, Atos used real-time data analytics to polish security features and the improvement in cyber security helped them track every small behavior with the Olympic network to maintain unimpaired activity. According to Rio 2016 CIO Elly Resende, the system managed more than 300,000 credentials issued for the Games. She further added that a special team was assigned for security management that included focusing on protection tools and cyber attacks that come their way. They reported several incidences, however, they successfully tackled all of them.

Is cloud Eco-friendly? Of course, it is. Running mission-critical applications and systems on cloud means using fewer servers, occupying less storage space, and that means minimized carbon footprint. In fact, Atos used 719 servers at the London 2012 Olympics, while now at the Rio 2016, the count came down to just 250. We can see the massive difference.

“It’s a dramatic drop in our physical footprint,” said Shailesh Chauhan, technical and IT security manager for the games’ IT supplier. “Sixty percent of our operations have moved into the Cloud,” added Chauhan. For such a big event, they just can't afford impediment in services and cloud makes a perfect fit here as it assures high resiliency and availability required for event management.

IT operators have put in their best efforts to enhance the potentials of cloud and after Rio2016, it seems like the hard work has paid off. Impossible is now possible and there's a lot more to come. We'll get to see more innovations at the Toyko 2020 where the Olympic Games will be cloud-only.