Is hyperconverged infrastructure equivalent to the public cloud? | Webwerks Skip to main content

Is hyperconverged infrastructure equivalent to the public cloud? 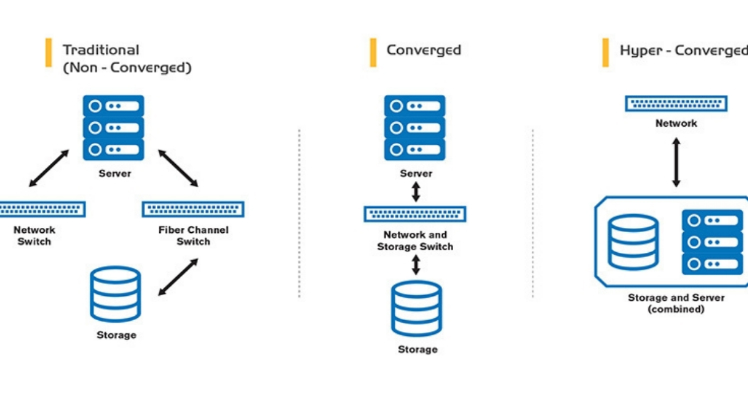 Cloud computing is an old concept now and everyone is familiar with its varied benefits. Although users initially were hesitant to migrating to the cloud, the scenario changed gradually. Later, many companies preferred the idea of running mission-critical applications and data on the cloud, supplemented with the flexible payment option. All the benefits combined, made cloud solutions popular and preferable.

Soon, hyperconverged technology emerged. Hyperconverged is a solution that combines resources that are typically sold separately, such as servers, storage, and networking and provides it all in a one, single package. Many companies even go ahead to add additional features such as security and built-in data efficiency. Interestingly, companies find hyperconverged architecture and cloud services appealing for the same reason.

A report from Tech Target mentions the same thing; it explains that the idea behind deploying HCI and public cloud solutions are quite identical. The report also highlights the main reasons for selecting the two approaches that are similar, which is the ability to scale and deploy infrastructure quickly. However, there are a few reasons that differentiate the idea of consideration is that a user looking to cut-down space, power, and cooling needs will choose HCI, whereas those wanting to reduce capital expenditure (CapEx) will prefer cloud solutions.

As according to the report, organizations were twice as likely to adopt hyperconverged infrastructure as it is more ready to manage mission-critical data than the public cloud computing. In addition, it also included heavy upfront cost but proved highly efficient in improving application performance. Although both the technologies effectively tackled the complexities, the research stated that hyperconverged infrastructure was found to be less disruptive. In addition, streamlined management was another advantage over traditional IT and public cloud that made HCI a better choice.

With an intent to improve the condition of business operations, many organizations are looking out for new solutions that can help them reform. While we do have a host of other IT alternatives, public cloud and hyperconverged infrastructure stands out among the rest and still remains to be the most viable technologies. However, it ultimately comes down to IT professionals on deciding between the two prevailing data center concepts.

Do you have any web hosting query, just contact us.